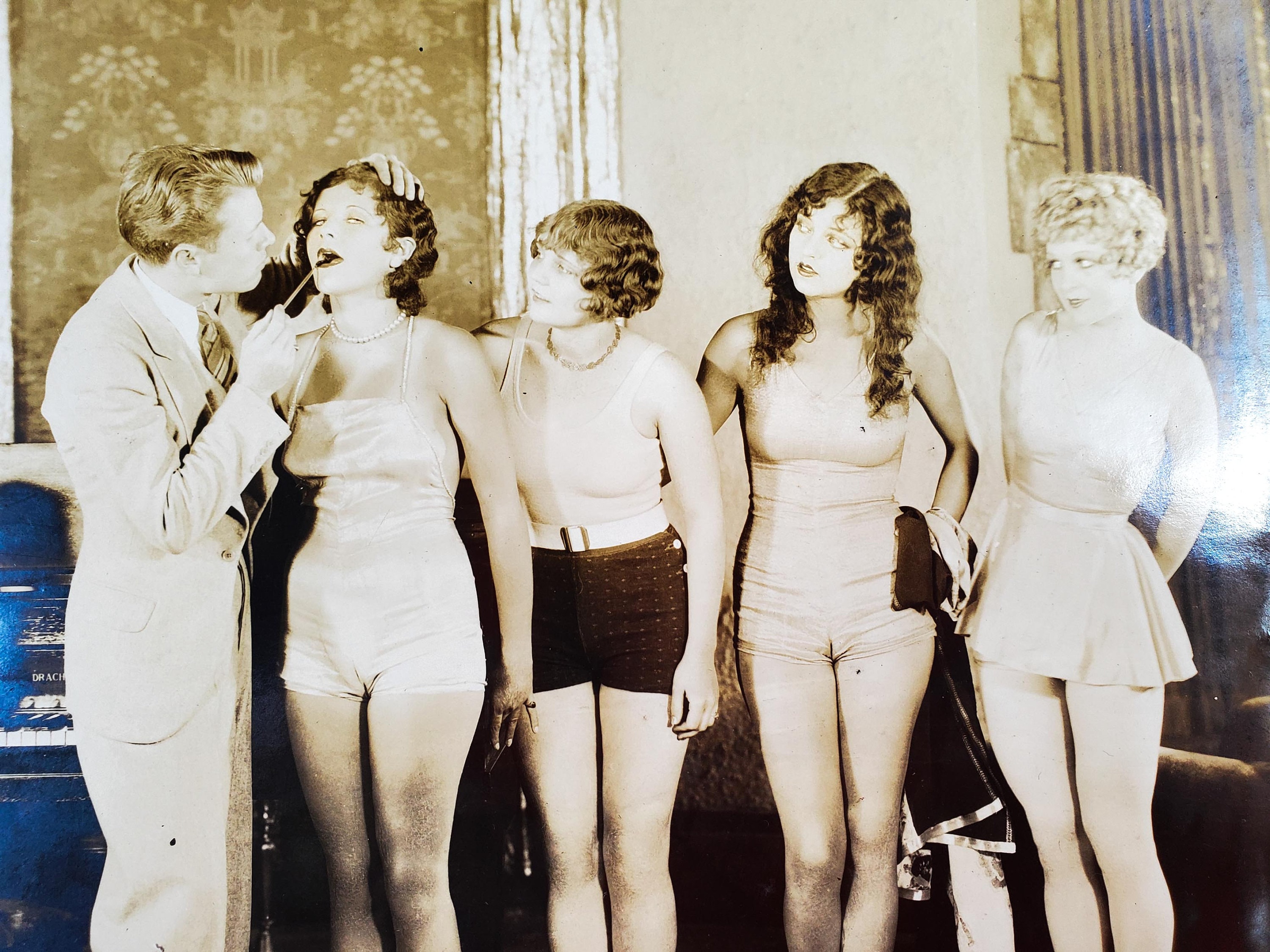 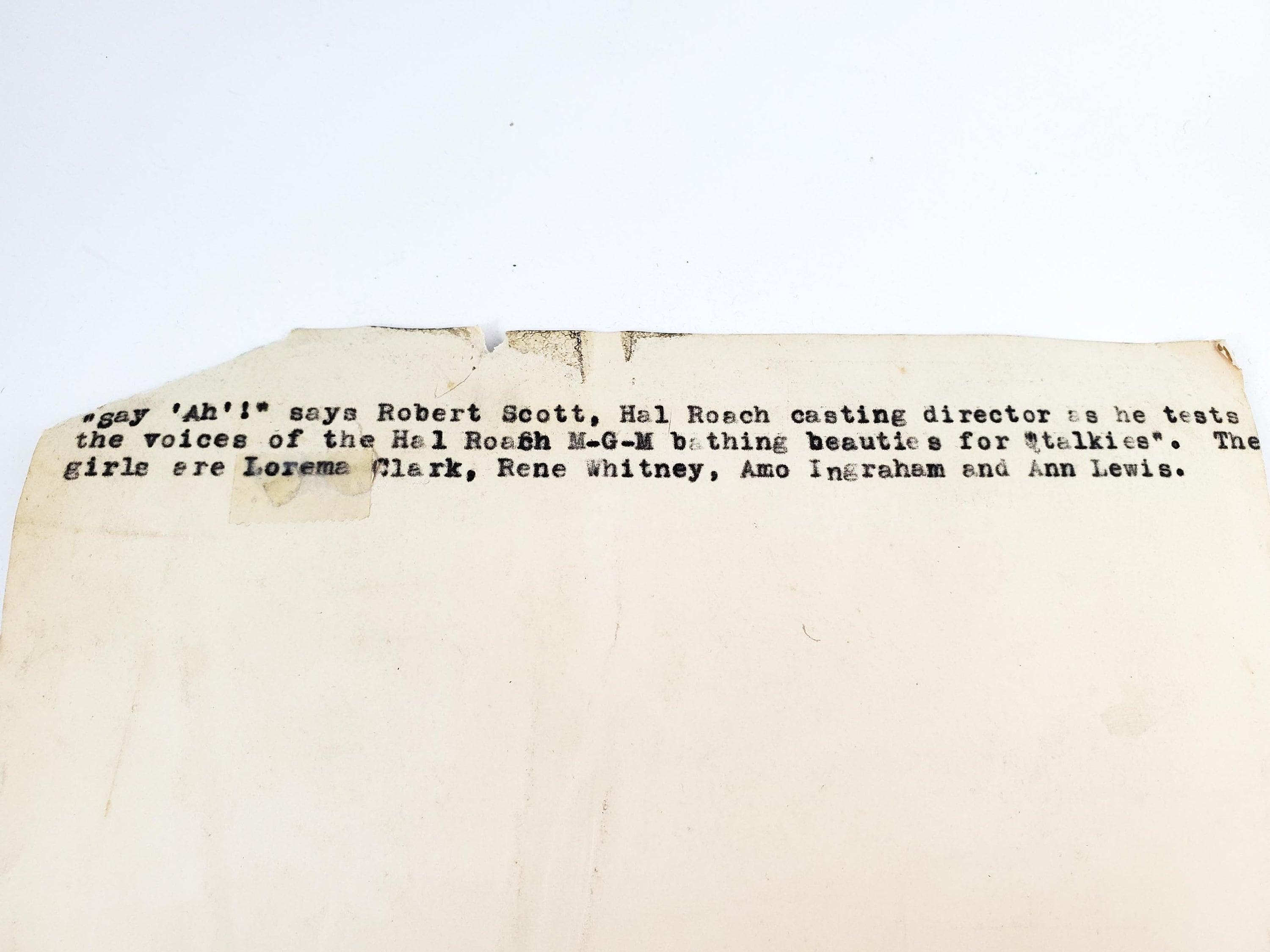 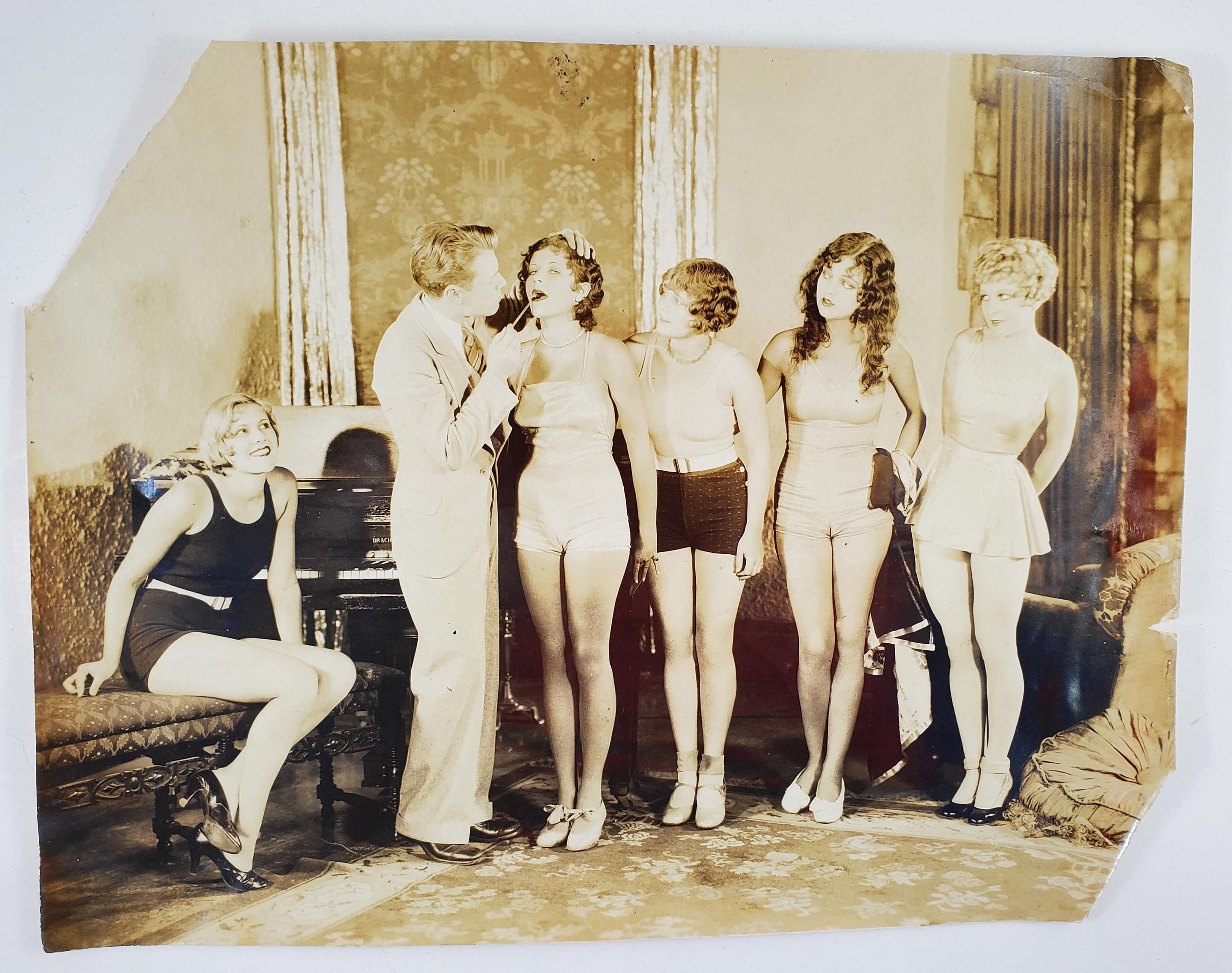 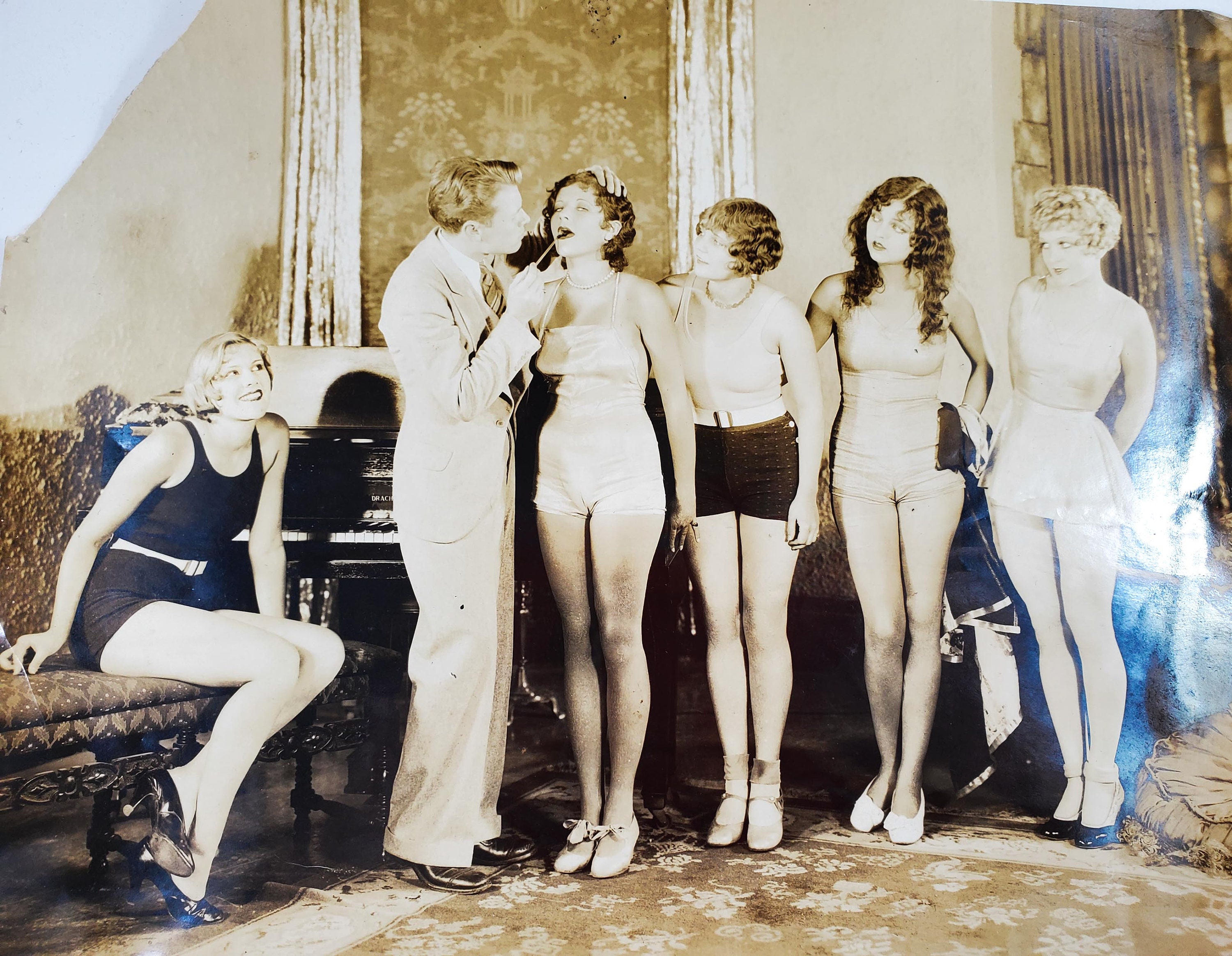 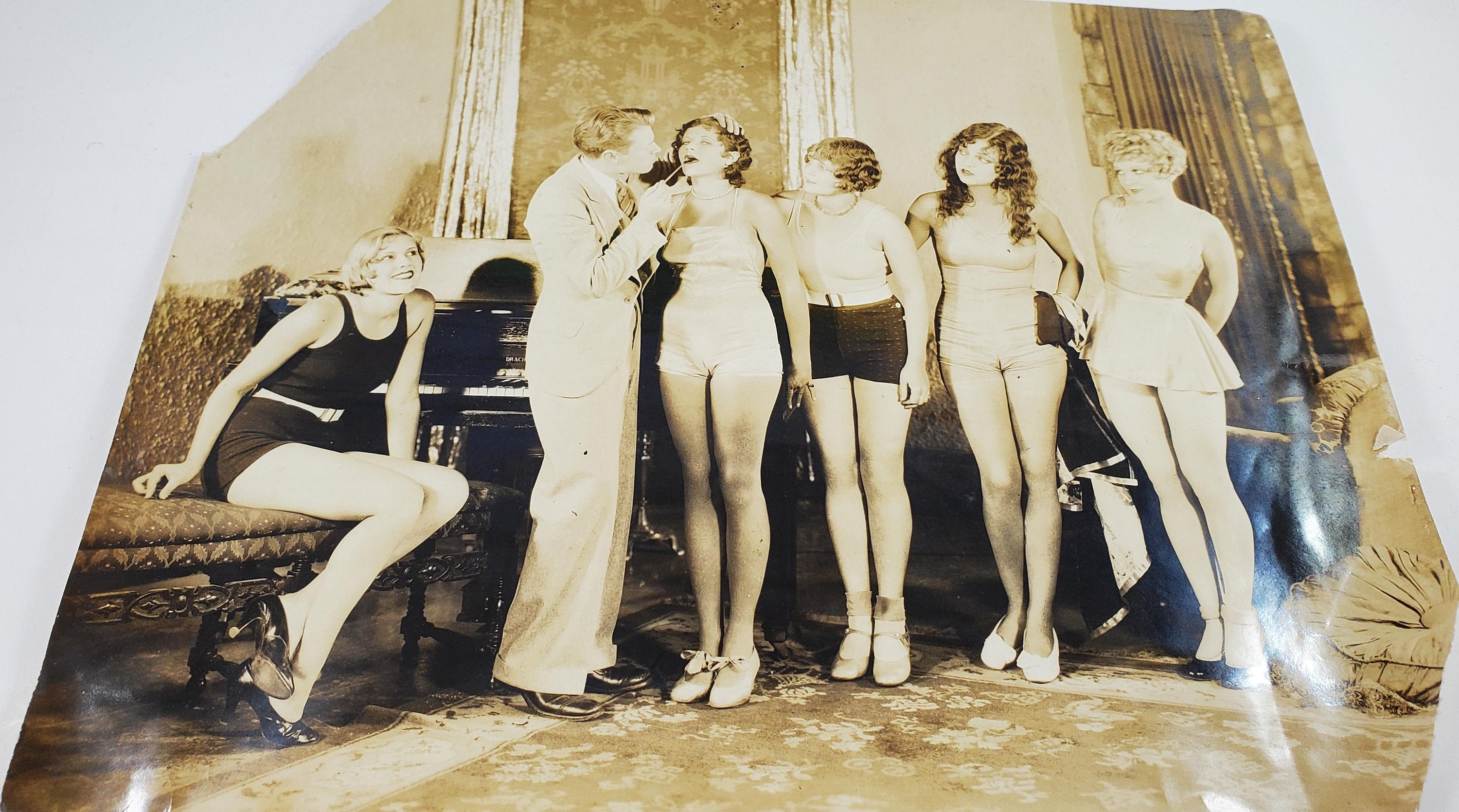 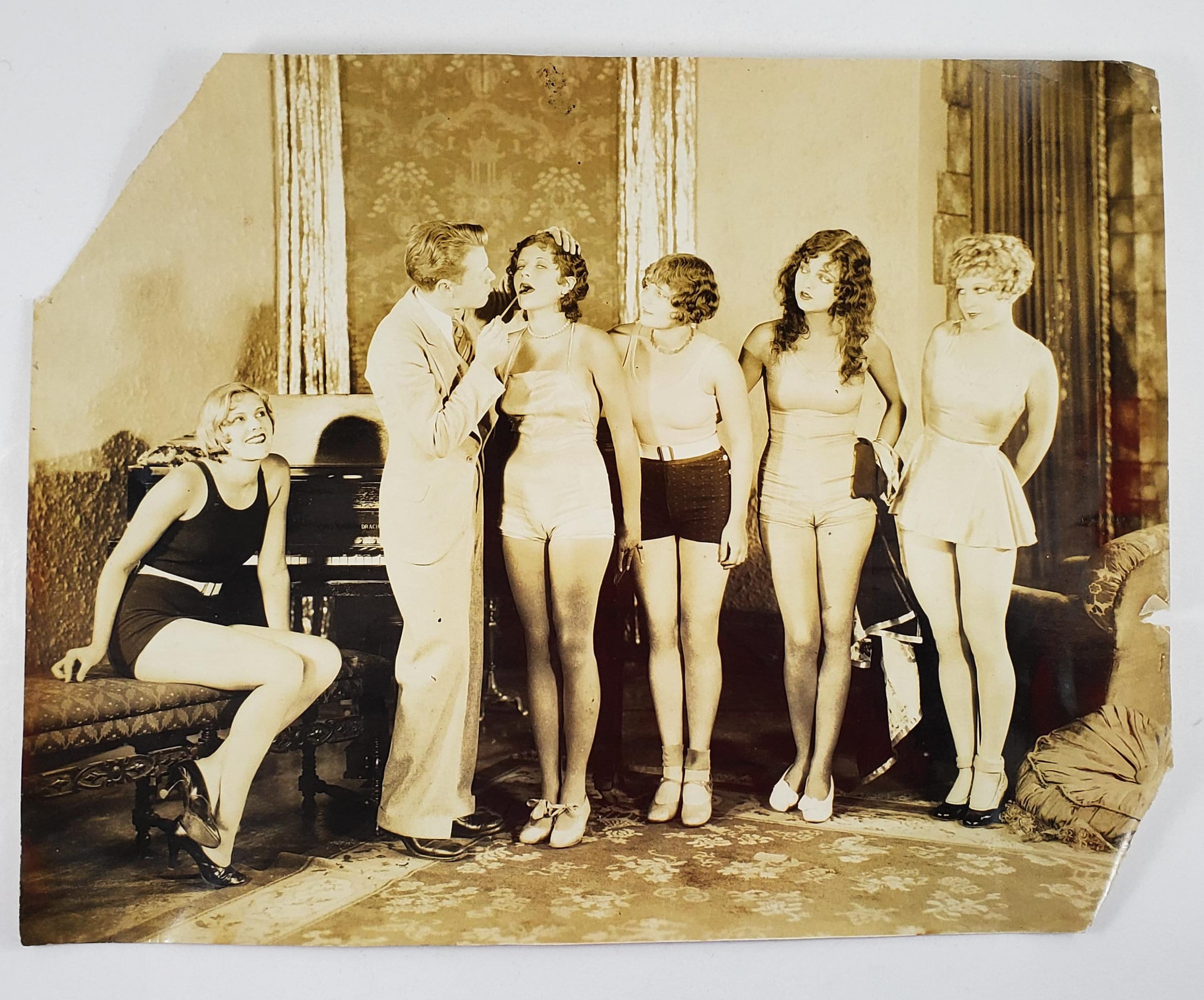 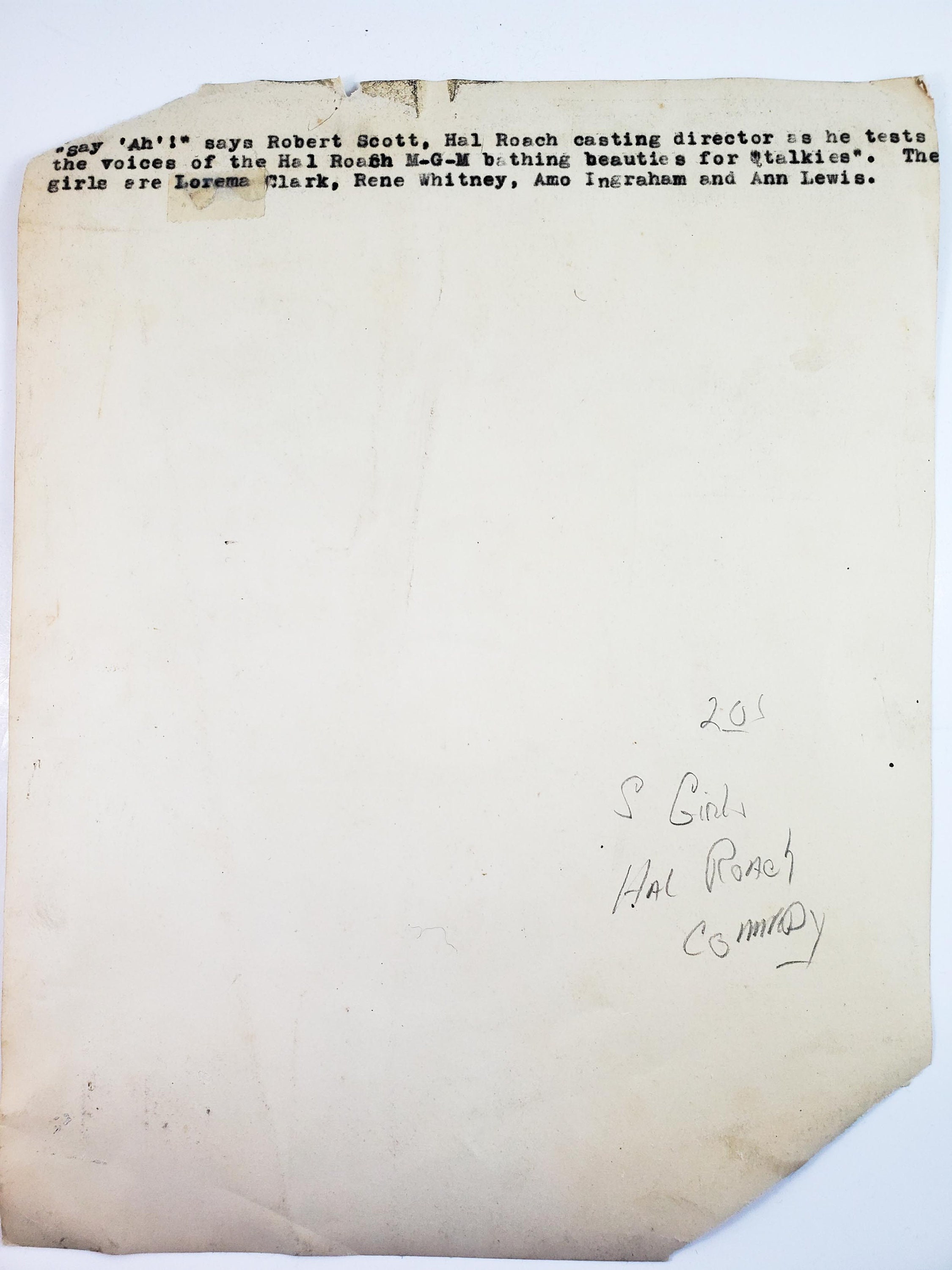 This a Sepia Toned Film Still from the production of a Hal Roach Comedy made in the 20"s.

The Image shows 5 Young Beauties Having their voices tested to see if their voices will work for the "Talkies." The photo is titled, "Say, Ah." There is other info and description on the back of the photo including the young actresses names.

Hal Roach, the Casting Director is looking down the throat of one of the actresses, mugging the "examination."

It's a great, if oddly inappropriate shot but fascinating for this reason as well as for showing the master himself.

This may be from one of his early "shorts" when he first began his career.

Harry Eugene "Hal" Roach Sr.[1] (January 14, 1892 – November 2, 1992) was an American film and television producer, director, actor and studio executive, who was the founder of the namesake Hal Roach Studio, who was active in the industry from the 1910s to the 1990s. He is remembered today for producing a number of successes including the Laurel and Hardy franchise, the films of entertainer Charley Chase, and the Our Gang short film comedy series.

The print is an original from the production stills series and despite missing a corner in the upper left and bottom right it shows well.

I would mount it in a window matt and float it so you can see the damaged corners. Otherwise it's in fairly good condition with minimal crimping.

I gladly accept returns and exchanges

Ship items back to me within: 7 days of delivery

But please contact me if you have any problems with your order.

The following items can't be returned or exchanged

Because of the nature of these items, unless they arrive damaged or defective, I can't accept returns for:

0 items in your cart