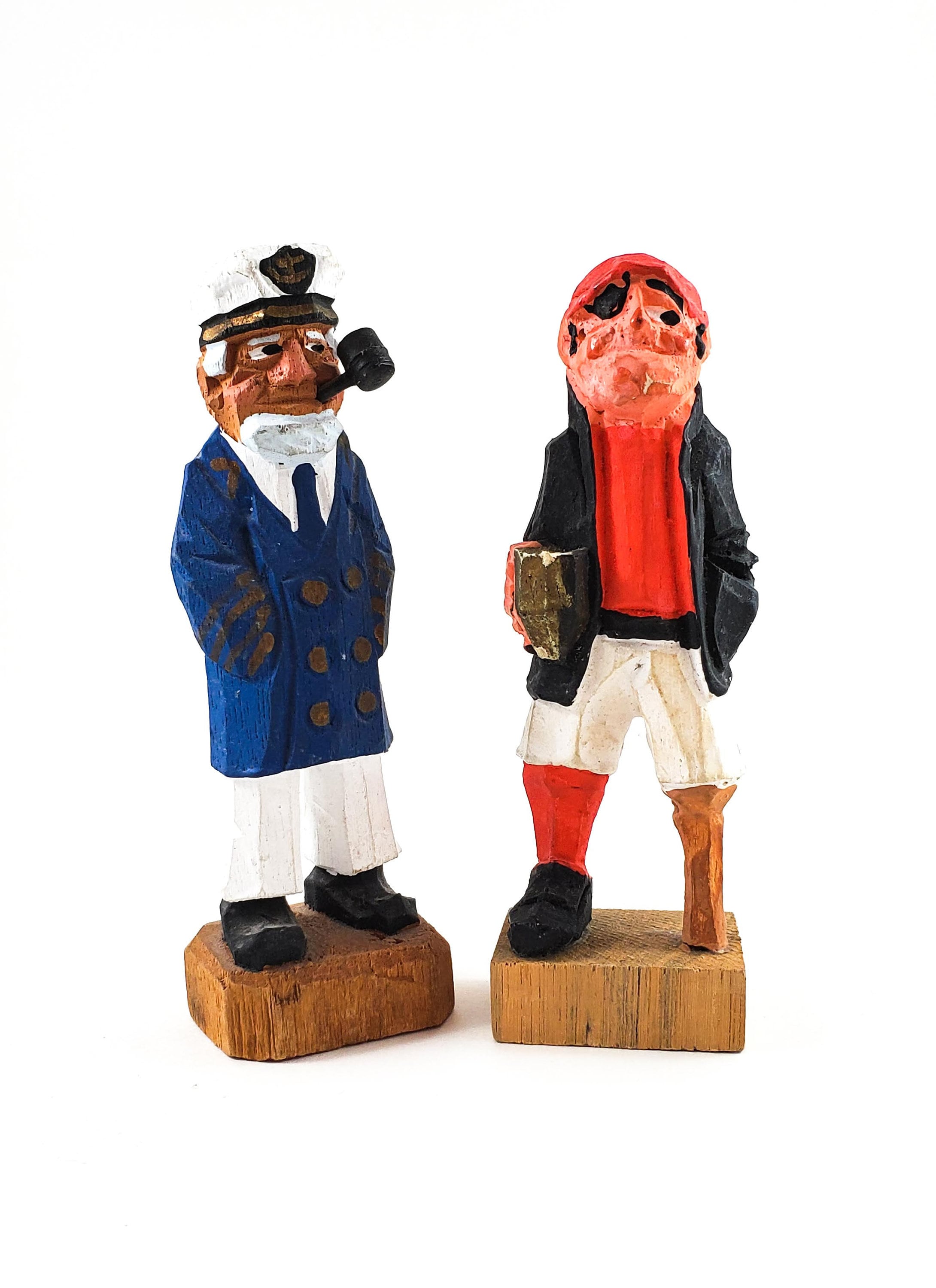 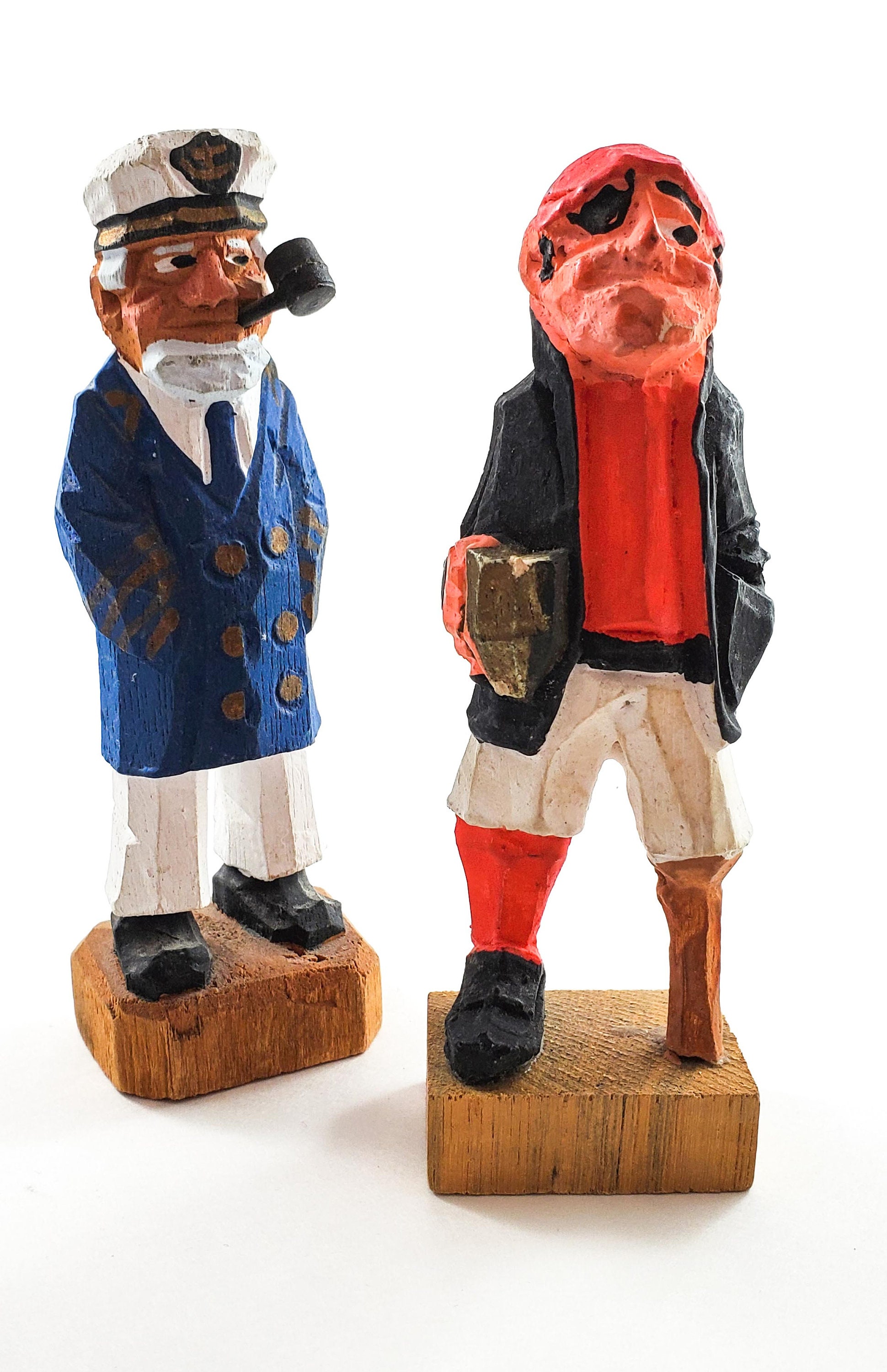 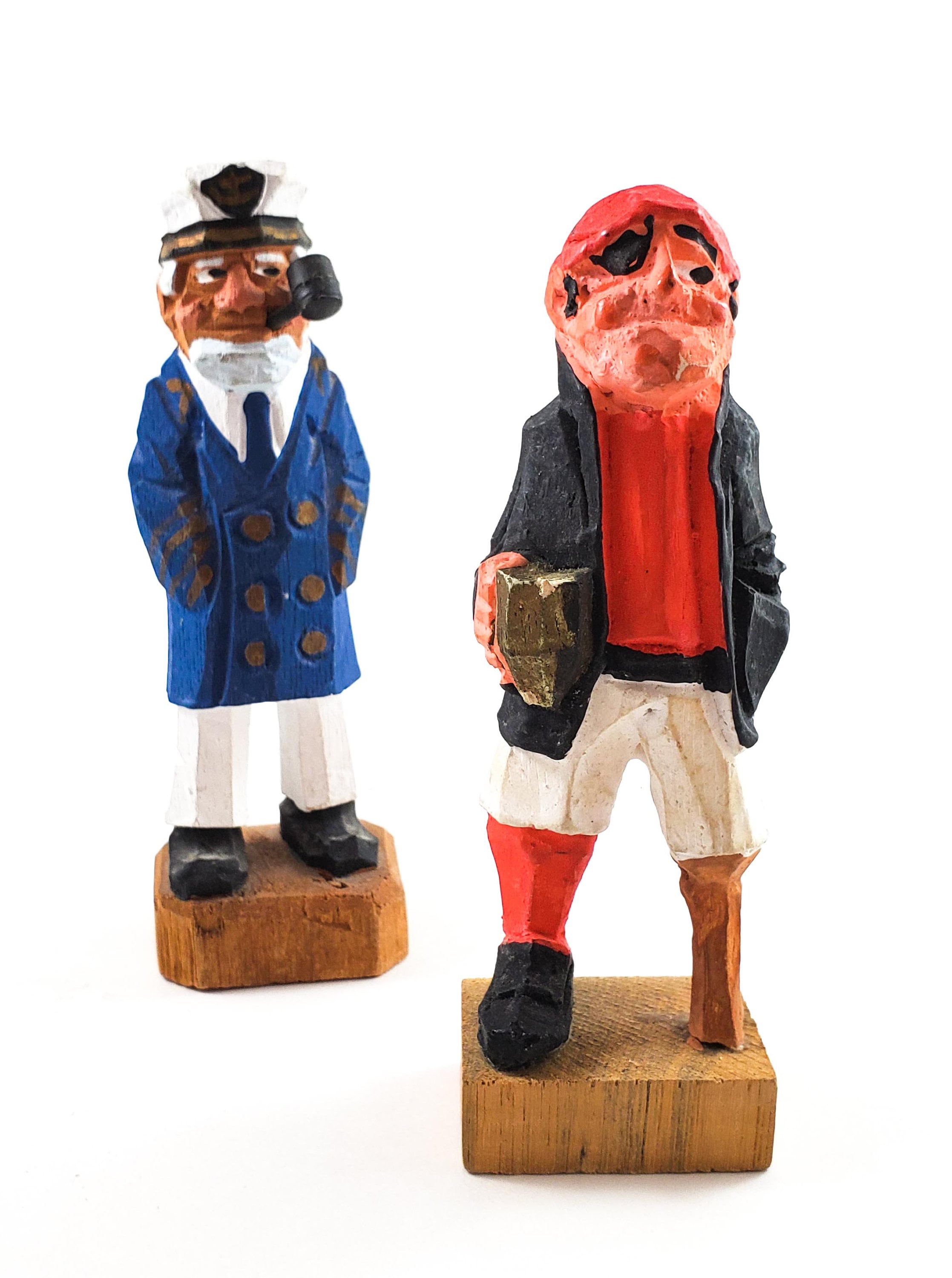 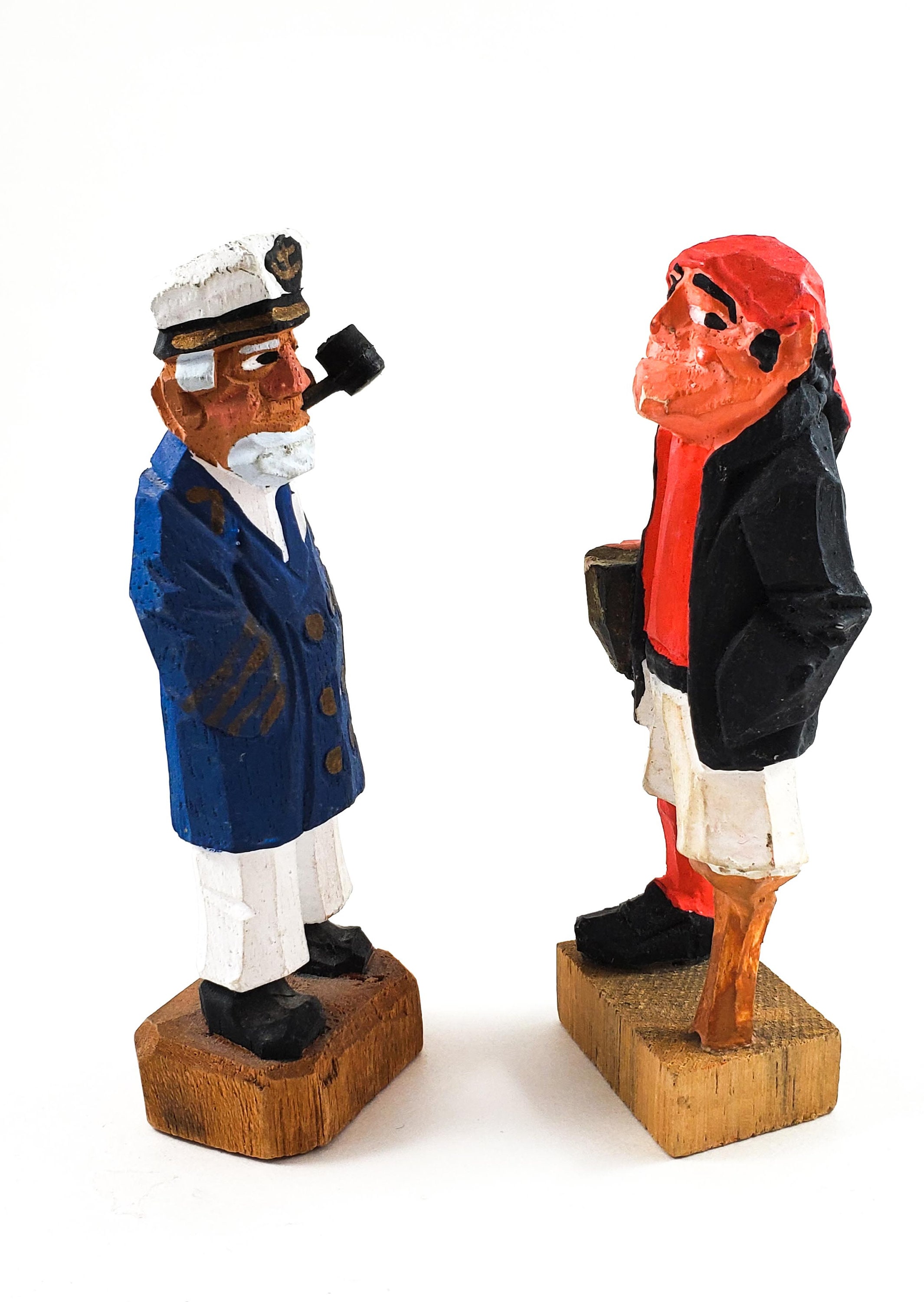 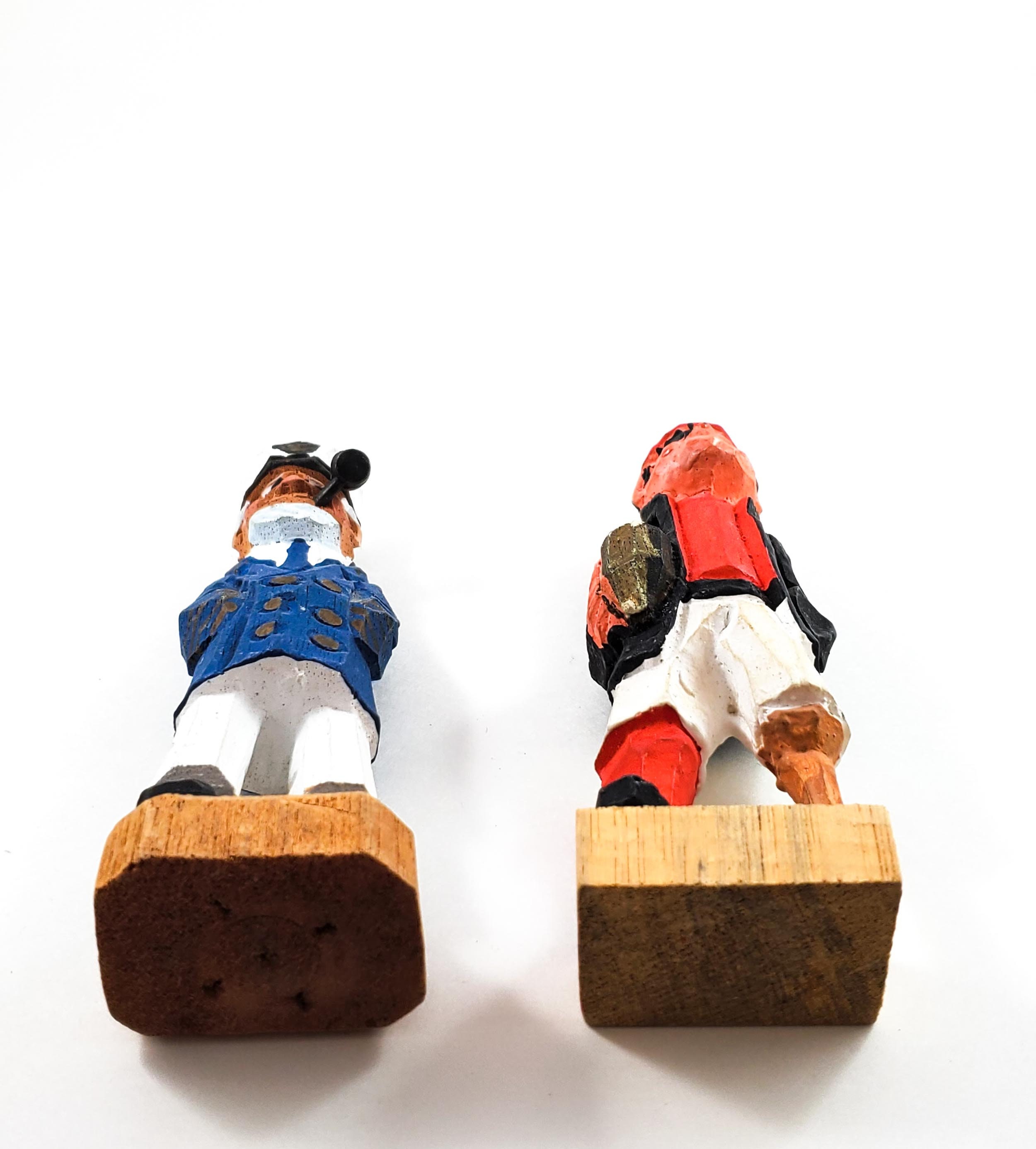 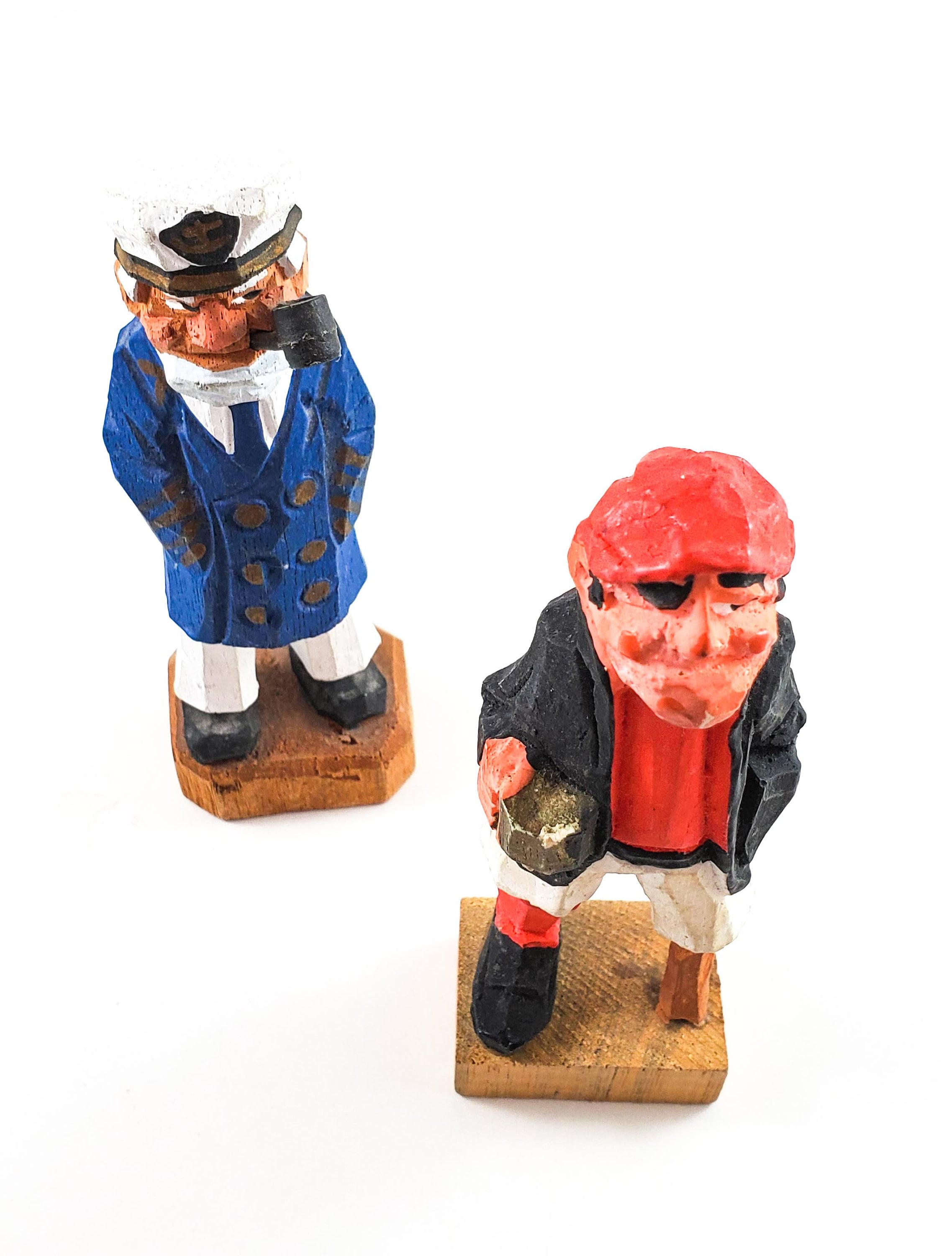 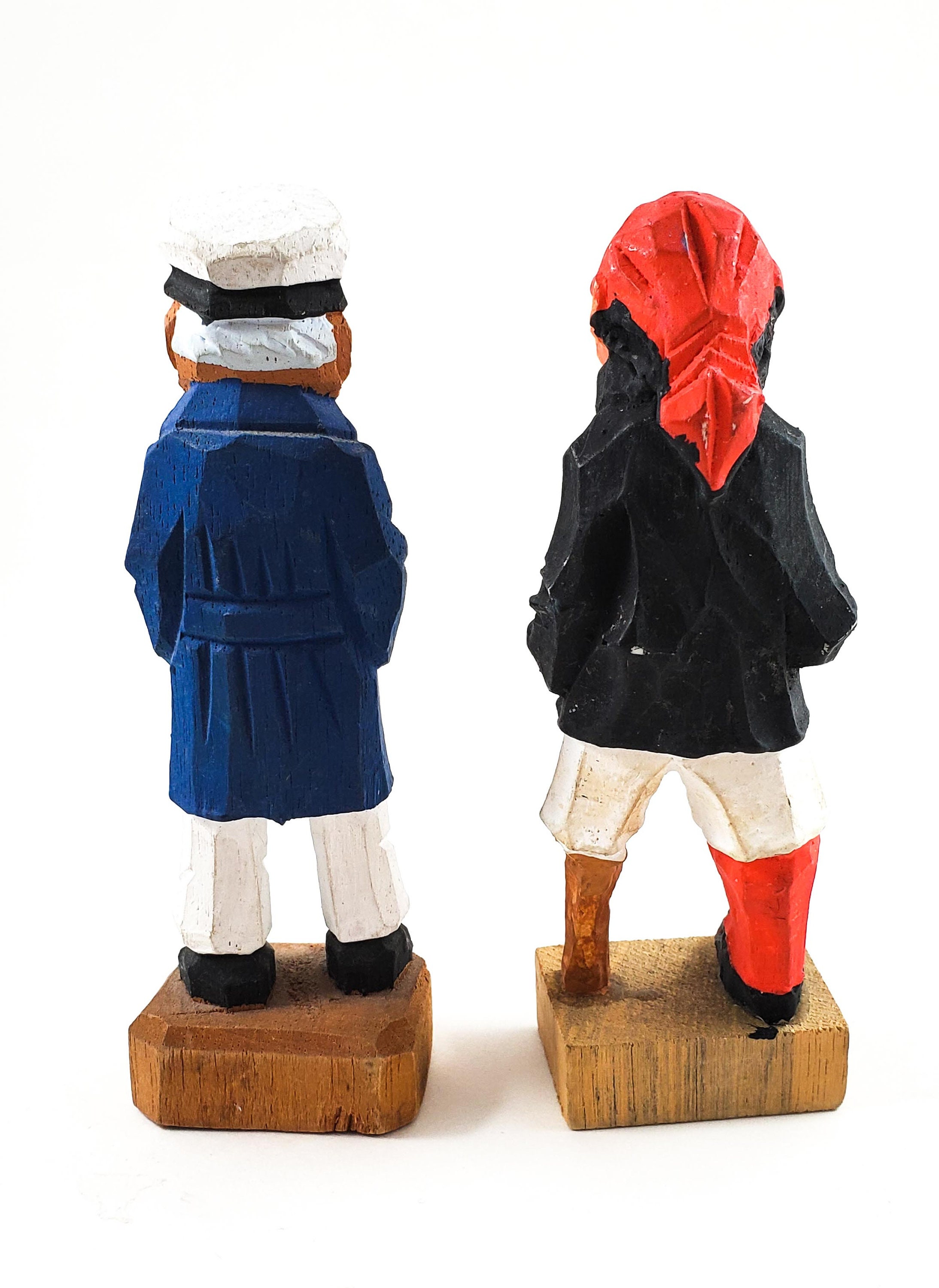 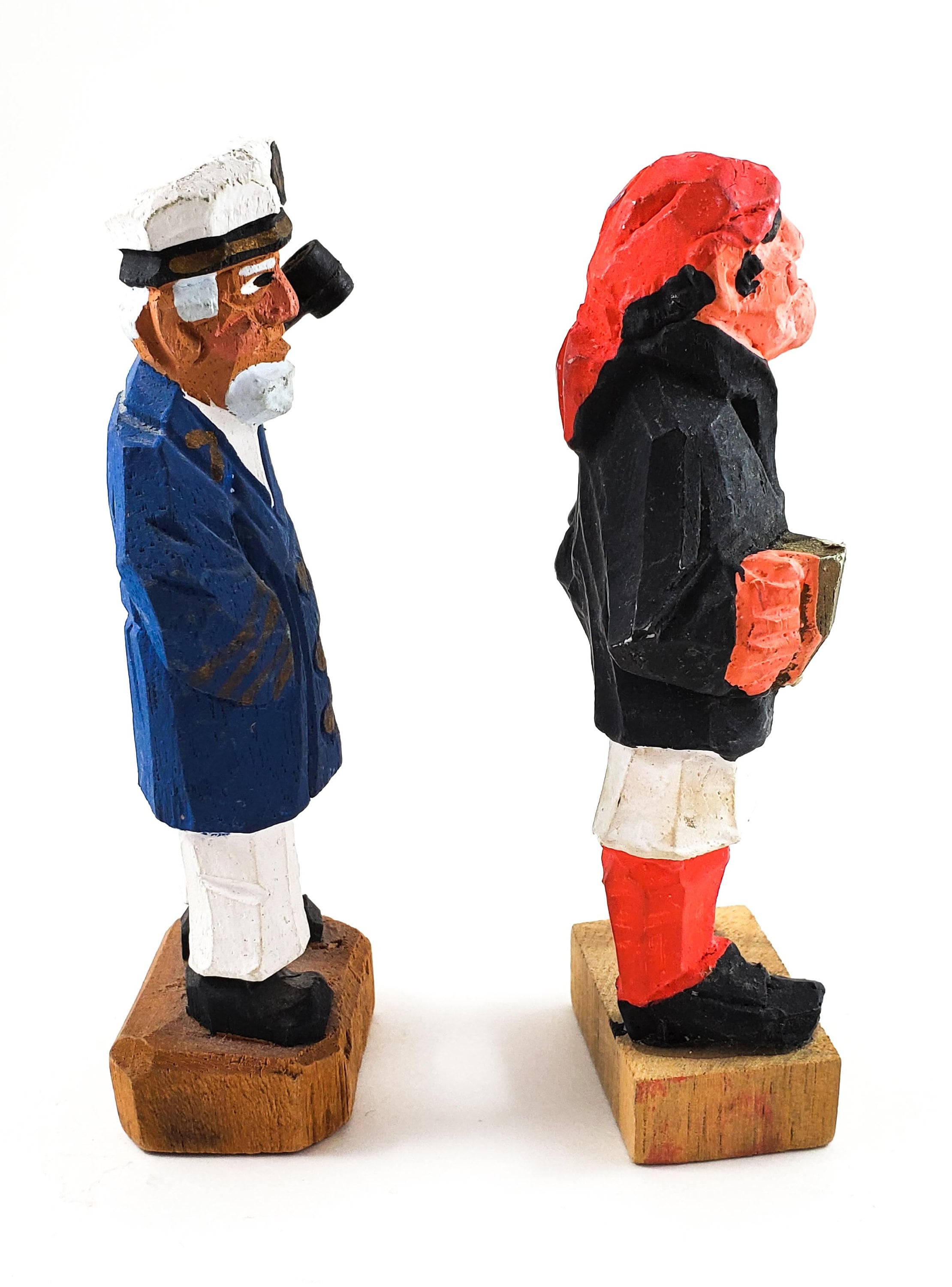 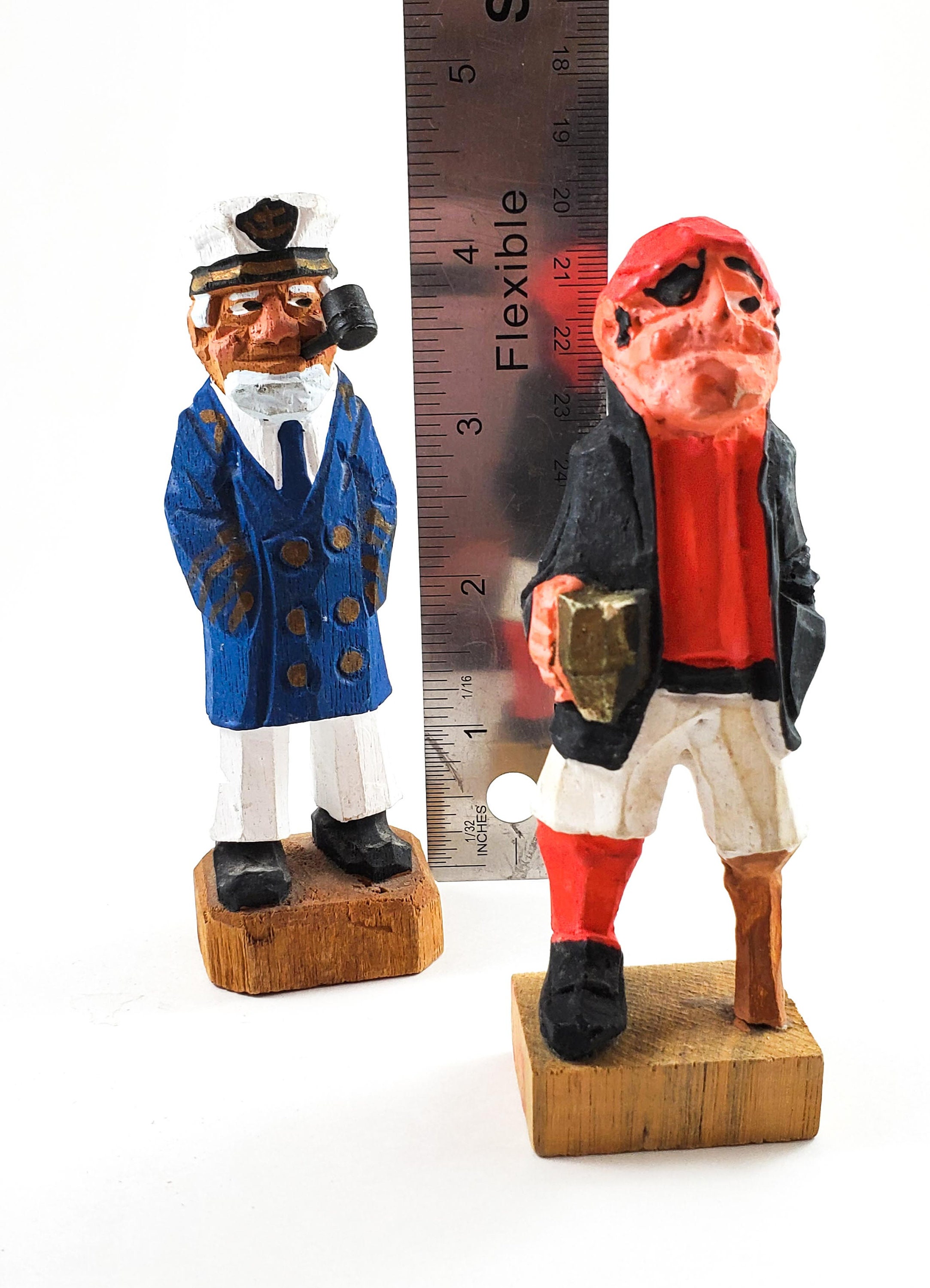 These are 2 Quebec Folk Art Hand Carved Figures from the company Audet.

Hand carved and painted by Quebec folk artist, R. Normand of Montreal. He was a flat-plane carver, active in the 1930's to 1940's.

R. Normand, was one of several flat-plane wood carvers whose carving careers seemed to have stopped sometime in the 40's. The second world war may have been a factor.

Here there are 2 Figures - One a Sea Captain in a Blue Pea-Coat with a Pipe in his mouth. The Second is a One-Legged Pirate with a Beer Stein in his Hand. He wears a Red Shirt and Has a Bandana around his head.
They both stand 4.5" H and are in Excellent Condition with no breaks or missing paint.

Shipping to P.O. boxes cannot be guaranteed unless item can be secured inside P.O. box.

I gladly accept returns and exchanges

Ship items back to me within: 7 days of delivery

But please contact me if you have any problems with your order.

The following items can't be returned or exchanged

Because of the nature of these items, unless they arrive damaged or defective, I can't accept returns for:

0 items in your cart